In accordance with Section 149 of Public Act 21-2 of the June Special Session, the meeting will be conducted via teleconference of the members of the State Bond Commission and state agencies with business on the agenda.

NO in person public attendance will be permitted.

The meeting will be available for viewing via CT-N live broadcast and recording, including audio of the teleconference participants.

The broadcast and recording can be viewed online at: www.CT-N.com

The CT-N website also provides information on where to view the broadcast on your local cable television system.

The agenda is available at: 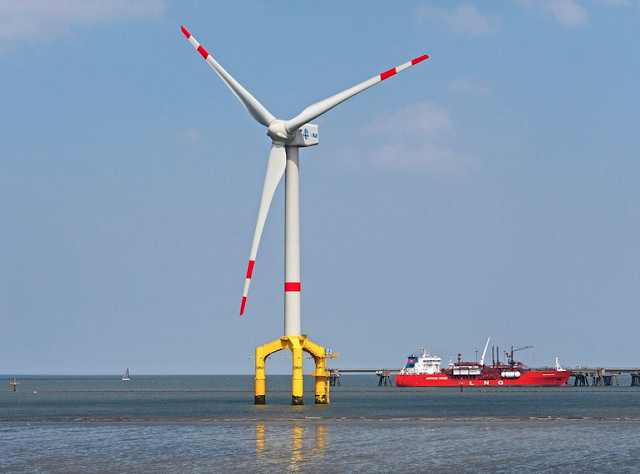 Gov. Ned Lamont is expected to make an appearance in downtown Bridgeport this afternoon to mark the official opening of the headquarters of Park City Wind, an offshore wind energy project planners say will channel 804 megawatts of renewable power to Connecticut residents.

The central office, situated at 350 Fairfield Ave., will serve as the venture’s main hub for project development, workforce training and community outreach, according to state officials. It was not immediately clear Monday how many employees will be based there full-time.

The opening marks another step forward for Park City Wind, a collaboration between Avangrid Inc. of Orange and Danish investment firm Copenhagen Infrastructure Partners. The state Department of Energy and Environmental Protection selected the project for advancement in December 2019, and since that time the two companies have been working to redevelop an 18.3-acre stretch of Bridgeport waterfront as a staging and fabrication site for the wind farm.

The turbines themselves are expected to be built about 23 miles off the coast of Massachusetts, south of Martha’s Vineyard and Nantucket in an area with some of the strongest winds on the East Coast.

Avangrid and Copenhagen Infrastructure Partners have said the effort will create thousands of jobs and produce an economic impact of over $890 million. The companies have also committed to making Bridgeport the home of Park City Wind’s operations and maintenance hub for the 25-year or longer duration of the project.

BRISTOL – Governor Ned Lamont has provided funding to Bristol in the form of $4,692,000 to be utilized for a parking structure for City Hall and further downtown development, along with an additional $1,200,000 to be utilized to reconstruct a retaining wall in Memorial Boulevard Park.

“We had originally asked them to fund half of an urban (project) and the governor funded the whole thing,” Bristol Mayor Ellen Zoppo-Sassu said. “In March, we received notification that the state of Connecticut was funding the urban act line item in the state budget. That had not been funded for several years.”

The mayor said years ago, the city through its economic and community development commission had been asking the state to help fund the downtown revitalization with little luck. Then funding “dried up” she said.

“State Representative Chris Ziogus said the urban act has money in it, you should reapply,” Zoppo-Sassu said. “We revamped our application because before it was for infrastructure. Everything we were hoping to get help with over five years ago, we did it ourselves.”

The mayor said the city asked in its original bond request for the state to meet the city halfway for $4.6 million in funding.

“We told them we’d issue municipal bonds for the balance of the cost,” she said. “We need to construct a municipal parking structure behind the police department as a necessity because of the city’s downtown development success. Lots of the postal workers, city hall workers and customer parking will be displaced once (Centre Square) construction begins in spring. So we needed somewhere else.”

The city is looking to build a parking structure with 132 spaces for automobiles in the lot to the rear of the police station with three levels, including the ground level.

“I got notice that not only are they going to put us on the bond commission agenda for next Friday, July 23, they are giving us the entire cost of the project,” said the mayor. “The bond commission is composed of high level state officials and they’re the gatekeepers (of state financing) to help projects. They do not meet often.”

Zoppo-Sassu said the city deserved to be recognized as a developing area and felt that the further funding was proof the state was seeing that as well. Funding for the retaining wall came as a request of Ziogas, she said. The mayor said the representative showed Lamont recent construction projects in Memorial Boulevard Park, among them was the retaining wall replacement.

New London — The state Bond Commission on Friday is expected to approve $1.7 million in funding so the city can demolish the Thames River Apartments, the vacant high-rise development that for decades housed some of the city’s poorest families.

It brings the state’s contribution to $3.7 million, enough to cover the entire cost of the removal of hazardous material, demolition and cleanup of the 12-acre property on Crystal Avenue. The city has already chosen a contractor for the project, Stamford Wrecking Co., which started work earlier this month. The demolition is expected to begin in October.

“This project will have long term significant economic impact for our city as we prepare an important commercial/industrial site for re-development,” Passero said. “We are grateful to Governor Lamont for proposing this investment in New London’s future and for his confidence in New London’s future.”

Nolan, in a statement announcing the news, said Bond Commission members are aware of the rising value of the property and its importance to the city. The property has been tax exempt for about 50 years.

"The former housing complex was out of place in a largely commercial area and the City of New London will benefit by growing the grand list and keeping residential property taxes in check,” Nolan said. “Commercial development will grow our local economy with new job opportunities."

Thames River Apartments was a 124-unit federally subsidized complex managed by the New London Housing Authority and reserved for very low-income families. Through the years, the apartments were a constant source of complaints because of crime and deteriorating conditions.

Attorney Robert I. Reardon made the case in 2004 that the residents of Thames River Apartments were living in substandard, dangerous and uninhabitable conditions. He filed suit against the city and Housing Authority that led to a court-stipulated agreement in 2014 that mandated new homes for residents.

The city and Housing Authority teamed up to obtain federal housing vouchers for the residents to move out and into private housing. The last tenant moved out in 2018. The same year, the City Council, with a 4-3 vote, authorized the purchase of the property from the Housing Authority for $185,000.

Zoning has since changed from high-density residential to commercial and industrial use.

The state Bond Commission meets on Friday, and in addition to the New London funding, is set to vote on $50 million to the Connecticut Port Authority that will complete the funding for the $235 million redevelopment of State Pier in New London.

Despite the COVID-19 pandemic, high materials prices and a skilled labor shortage, the construction industry is coming back with a vengeance, according to a noted construction economist.

"I find it remarkable that so much normalcy has returned to the construction industry," said Anirban Basu, chief economist for Associated Builders and Contractors.

Basu's remarks came during the ABC's Q2 Construction Economic Update and Forecast webinar last week, where he delved into factors surrounding the money flowing in and out of the construction industry, along with the broader economy as a whole. While the pandemic still rages globally, and cases surge in unvaccinated areas of the United States, the broader construction industry is on the path to normalcy, according to Basu.

Basu told attendees that although he expects high raw material prices to last for a bit longer, prices would eventually come down. Overall, Basu had a sunny outlook for the construction industry. He predicted that the second half of 2021 would be "spectacular" for economic growth in the country and that demand for construction would get a boost from stimulus spending by the federal government.

"The economy is set to bounce back handsomely," Basu said.

Skilled labor shortages aren't new in construction, but Basu said that the demand for labor will only increase as time goes on. Construction companies will soon be busier than ever as evidenced by the Architecture Billings Index, which tracks how busy architecture firms are. The majority of attendees, when asked about their backlog, said that it has risen within the past three months, and when asked about their projections for their next year's profits, the majority said they expected it to rise slightly higher or remain about the same.

Basu said that with older members of the workforce retiring, roles formerly filled by those with decades of experience will become vacant, further shrinking the number of employed workers.

However, there are some signs of life in pockets around the United States. The top four geographic areas of employment growth from February 2020 are centered in the Midwest, in metropolitan areas such as Minneapolis, Detroit, St. Louis and Chicago, according to the U.S. Bureau of Labor Statistics Current Employment Statistics survey for May 2021. Basu said that it was "very surprising" that the markets were in the Midwest, and not elsewhere like the South or the West.

Overall, from February 2020 to April 2021, there has been a 2.9% decline in construction employment, but Basu said it is rebounding quickly.

As the construction industry rebounds, the prices of many building materials are reaching historically high levels.

In June, softwood lumber increased 125% year over year, according to the BLS, while overall price peaked in early May at more than $1,700 per thousand board feet. However, the price has dropped considerably in the past two months.

Basu predicted that much of the inflation that raised these prices isn't permanent, but he also said that he didn't expect the prices to come down anytime soon. Nevertheless, Basu concluded that the price was trending downward.

Basu said that eventually the market would even out, and with the high demand and prices for these materials, suppliers would up their productivity and capacity, which would in turn create more materials, driving down the cost.